The Daily Star has a take on the widely-reported comments from Transport Secretary Grant Shapps, who told the BBC he should be the “last person” from which to accept travel advice. In response, the newspaper said: “On the plus side he may be dumb, but at least he’s dumb and honest.” 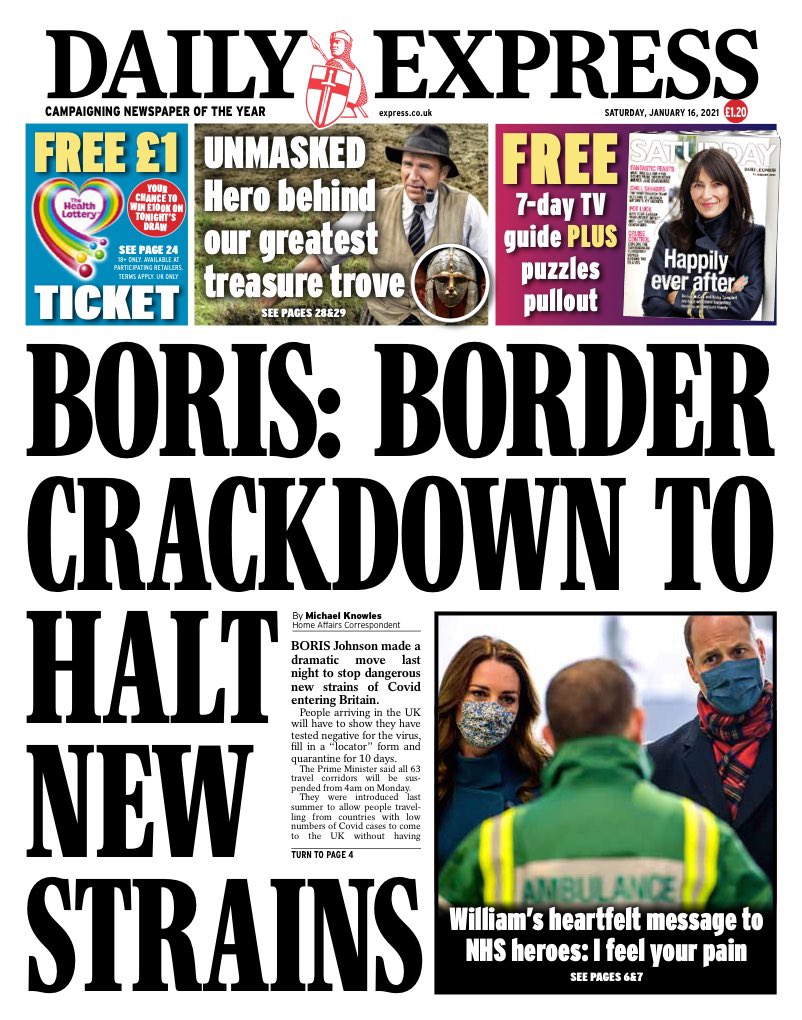 Boris Johnson’s latest move to scrap travel corridors is a “dramatic” turn for the government as it tries to stop COVID strains in their tracks, reports the Daily Express. 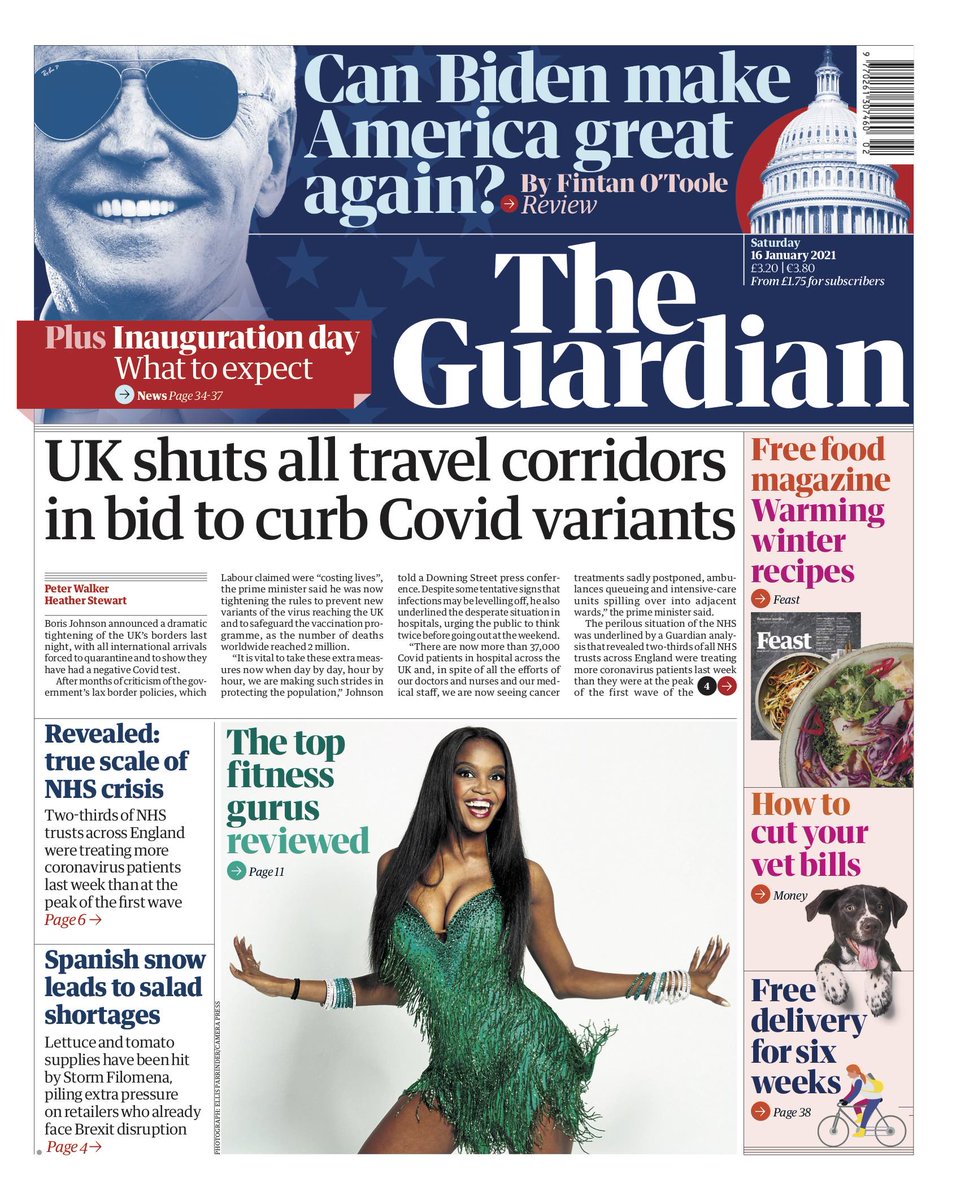 The Guardian is reporting on the government’s announcement to scrap travel corridors from next week in an attempt to prevent any arrivals of new COVID-19 variants from abroad. 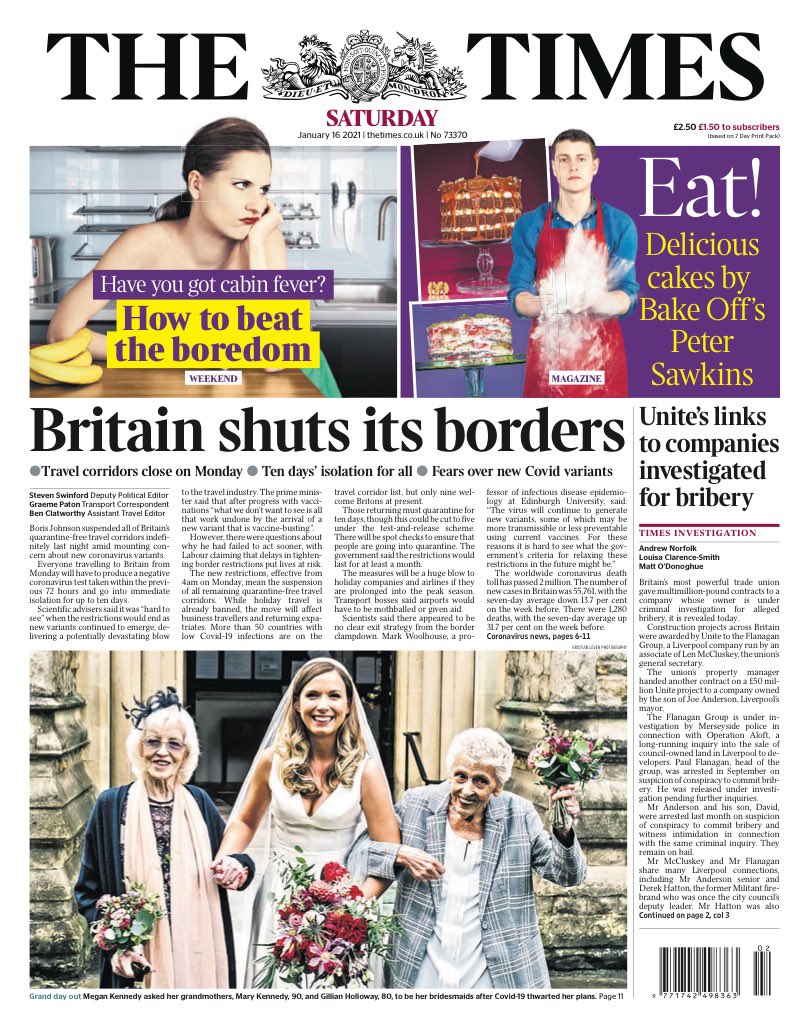 “Britain shuts its borders,” says The Times, which is also reporting on the travel corridor suspension. 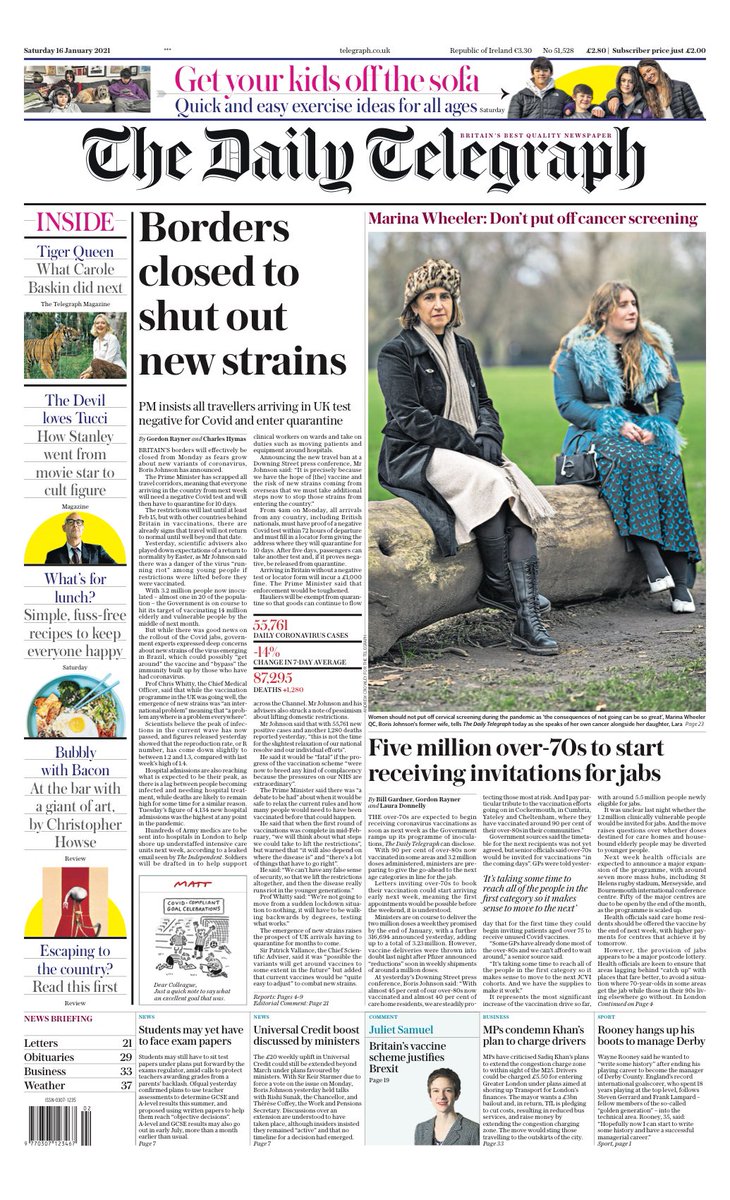 On the front of The Daily Telegraph is another report about travel corridors.The prime minister announced the changes on Friday, meaning everyone travelling into the country from next week will be required to have a negative COVID-19 test and to quarantine for 10 days. 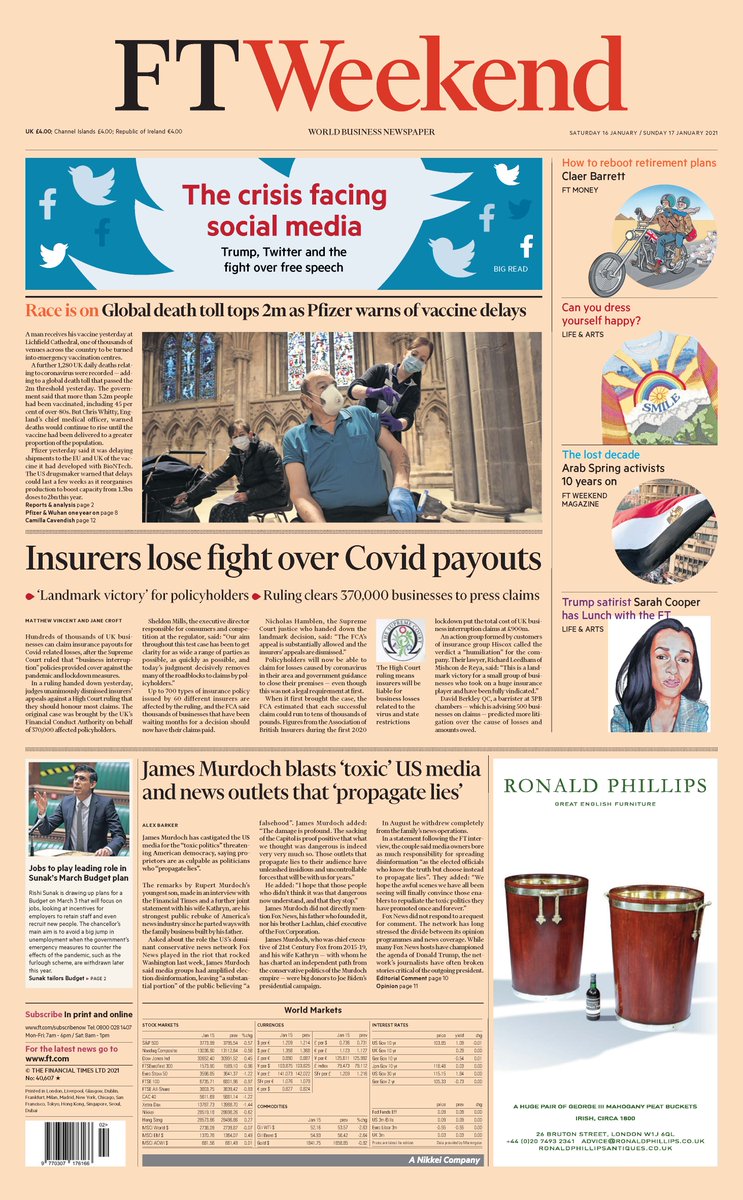 Hundreds of thousands of business can claim on insurance for losses connected to the pandemic, the Financial Times reports. This comes as part of a Supreme Court ruling on Friday that found lockdowns and restrictions would be covered by “business interruption” clauses. 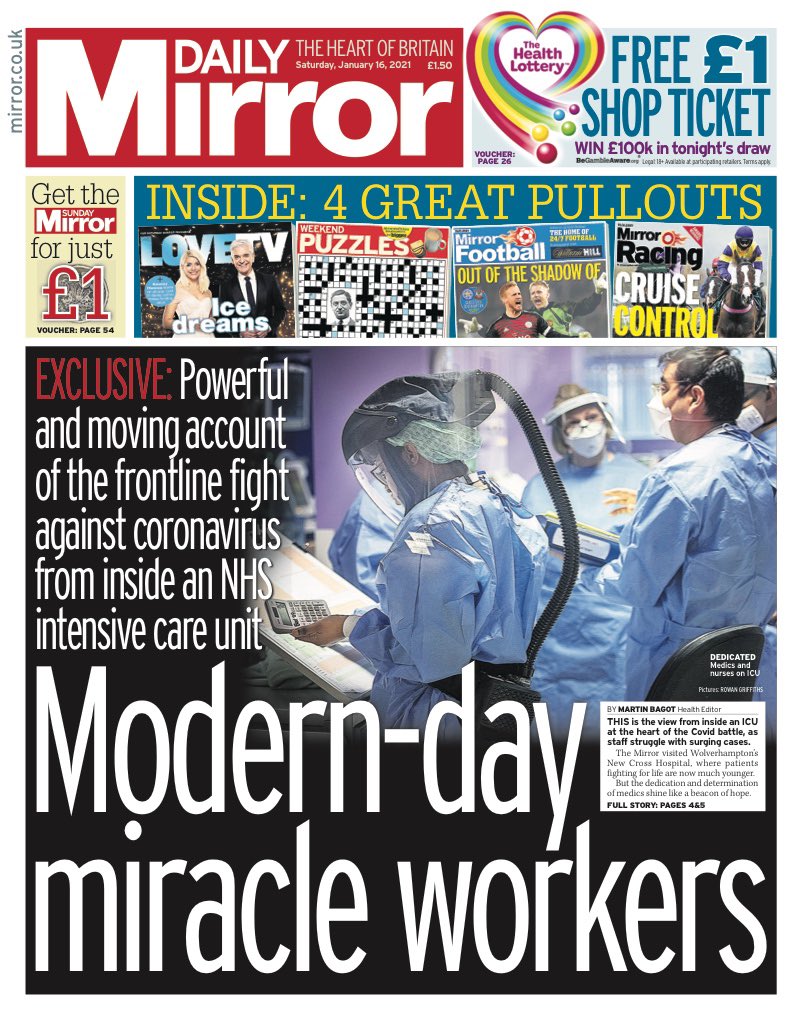 The Daily Mirror is leading with an exclusive account from inside an intensive care unit.Visiting Wolverhampton’s New Cross Hospital, the newspaper praises NHS staff as “modern-day miracle workers” and says COVID-19 patients in these beds are much younger than you’d maybe expect. 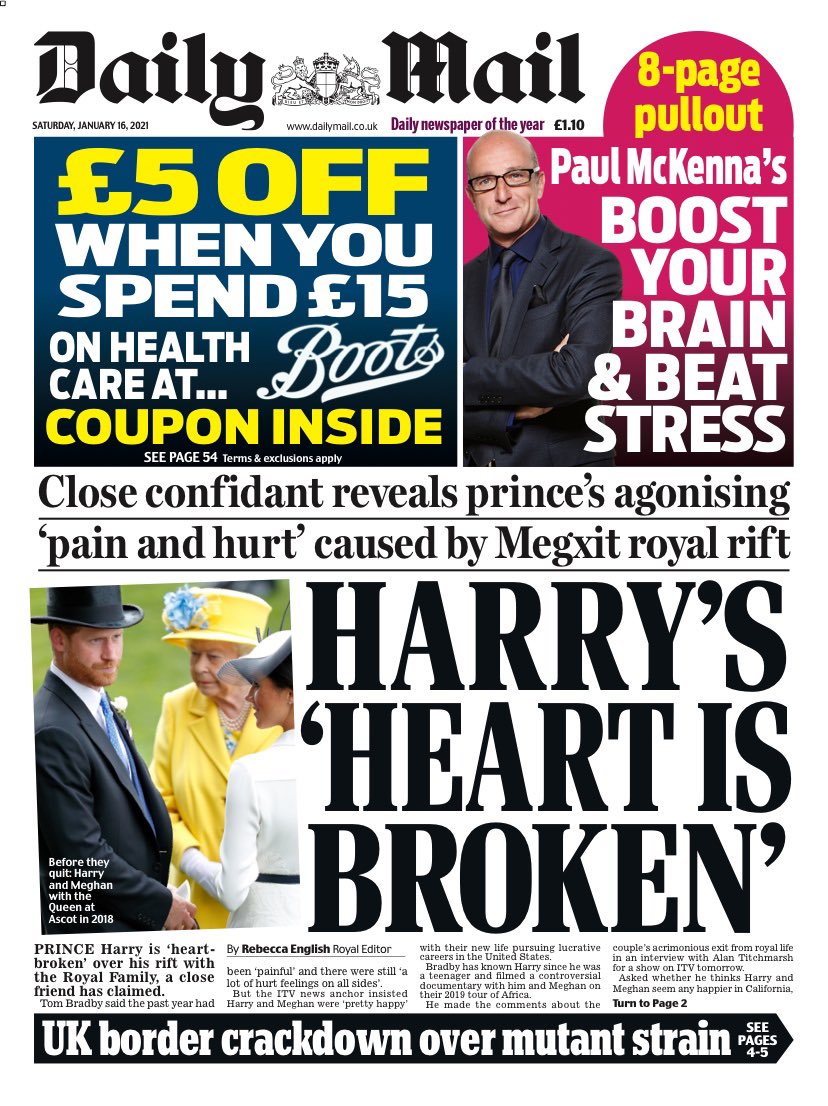 Prince Harry is “heartbroken” over the aftermath of his and Meghan’s departure from the royal family, the Daily Mail has quoted ITV News anchor Tom Bradby as saying. Bradby, who has known the Duke of Sussex since he was a teenager, said the couple were “pretty happy” with their new life in the US, but “a lot of hurt feelings on all sides” still remain after the royal split. 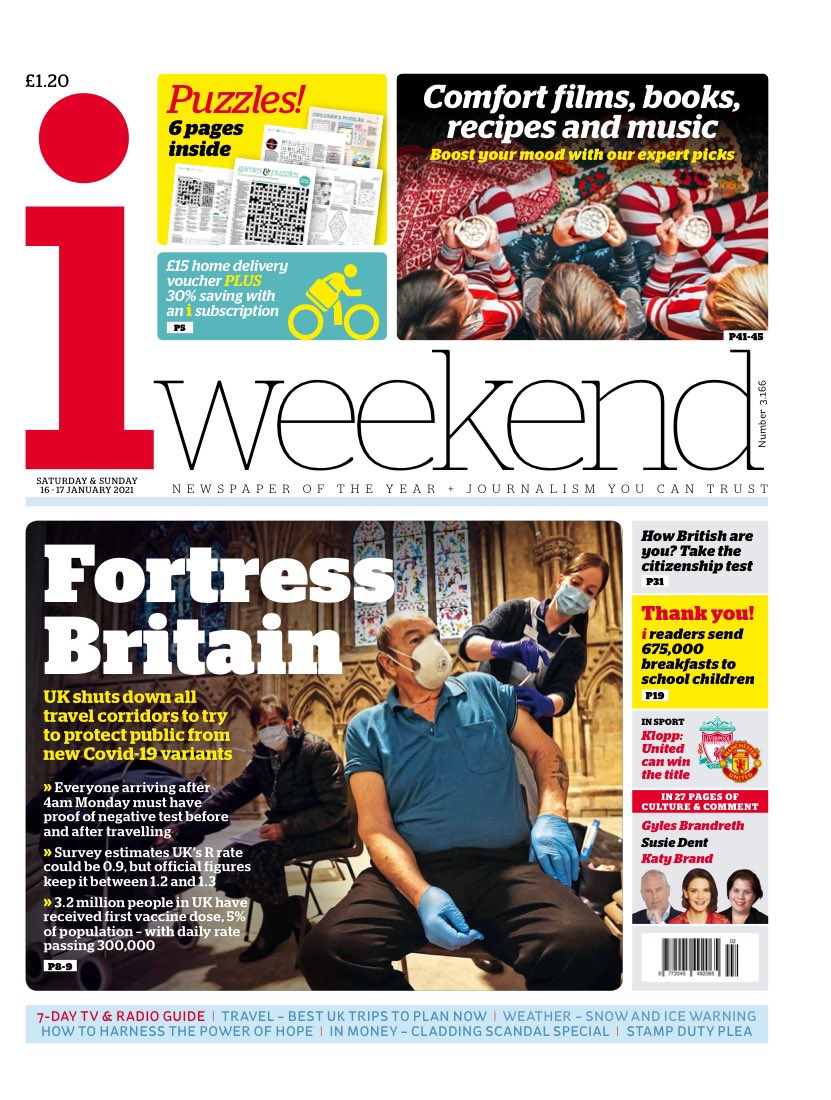